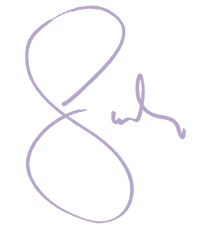 Frank Adorno has dedicated his life to the mastery of his art.  Before receiving a formal education in Fine Art at Columbia College in Chicago, Adorno’s studies landed him in Rome, Italy.  Under the tutelage of Italian scholars, and surrounded by the works of masters, Adorno confirmed his passion and dedication to art at an early age.  Adorno first envisioned his style while still in school.  It would be many years until his unique style would come to fruition.

Adorno made a living as a decorative artist for more than 15 years.  He approached each project with an artist’s eye, and the precision of a craftsman. Frank has worked with companies such as The McDonald’s Corporation, Joe Caputo and Sons and Sullivan’s Steakhouse nationwide as well as Chicago-based restaurants and lounges.  He has also worked with some of the city’s most prestigious interior designers and architects to create unique living spaces.

Today, Adorno’s focus is on unique, individual pieces of art that relay his vision and style of reflective art.  His new found technique ultimately came to fruition after numerous failed attempts to affix reflective material onto canvas in a manner that was supportive of his vision.  Frank’s style is so unique that he has been granted a patent from the USPTO for his canvases that incorporate reflective material.  Inspired by his travels, each series of Frank’s reflective artwork is named after a location that he has visited, or a subject he has photographed.  His works are currently displayed in private collections located in Miami and Chicago.

The presence of this badge signifies that this business has officially registered with the Art Storefronts Organization and has an established track record of selling art.

It also means that buyers can trust that they are buying from a legitimate business. Art sellers that conduct fraudulent activity or that receive numerous complaints from buyers will have this badge revoked. If you would like to file a complaint about this seller, please do so here.

This website provides a secure checkout with SSL encryption.

The Art Storefronts Organization has verified that this Art Seller has published information about the archival materials used to create their products in an effort to provide transparency to buyers.

WARNING: This merchant has removed information about what materials they are using in the production of their products. Please verify with them directly.

Your cart is currently empty.

This is only visible to you because you are logged in and are authorized to manage this website. This message is not visible to other website visitors.

Below, select which favorite lists you would like to save this product into.

This means you can use the camera on your phone or tablet and superimpose any piece of art onto a wall inside of your home or business.

To use this feature, Just look for the "Live Preview AR" button when viewing any piece of art on this website!

Enter your email below and we'll email you a 15% OFF Coupon right now.

This offer is valid for NEW CUSTOMERS only!